Known for its dense forests, soaring mountains and seemingly endless stretches of coast, there's no shortage of nature to discover in Tasmania's west. Take to the backroads in a Hobart car hire and you'll soon find yourself in the midst of the state’s most remote reaches, where undiscovered trails and winding country roads are guaranteed to lead you on a journey you'll never forget.


Up for an off-the-beaten track adventure? Set your sights on Tassie’s wild west with part two of our National Park Explorer, from the treacherous peaks of Mount Field to the sparkling waters of Lake St Clair. 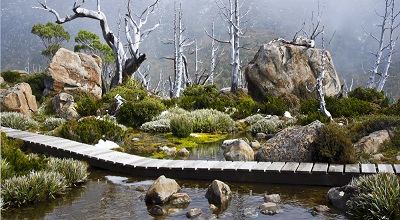 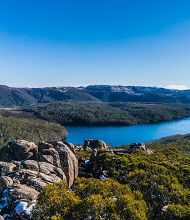 Encompassing everything from snow-capped mountain tops to temperate rainforests, it's hard to believe this diverse nature reserve is a mere hour's drive from Hobart – but that’s not all this national park’s got going for it. An outdoor playground all year round, Mount Field evolves with the seasons to offer an entirely new adventure with every passing month. Visit in spring to see the famed Russell Falls cascade over cliff edges or beat the summer heat with a subterranean caving expedition. Planning your Tassie tour in the colder months? Wander through the labyrinth of flame-coloured trees in autumn or wait until winter to ski and snowboard down one of Australia’s most sought-after snow fields. 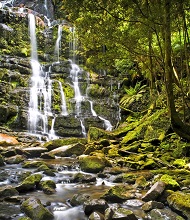 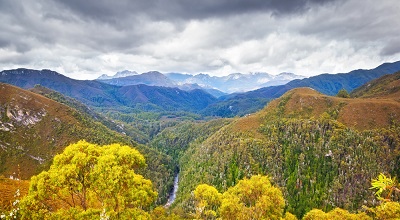 A spectacular nature reserve that stays true to its namesake, the Franklin-Gordon Wild Rivers National Park displays one of the state’s most quintessential landscapes, with ancient rivers and immeasurable gorges carved into the surface of the rugged terrain. Part of the Tasmanian Wilderness World Heritage Area, this infamous national park was nearly lost to a proposed hydro-electric project in 1982, signalling the start of the greatest conservation battle in Australian history. Today, the nature reserve lives on, offering visitors ample activities from leisurely bushwalks amidst the waterways to awe-inspiring scenic flights that give a true appreciation of the park’s grandeur. 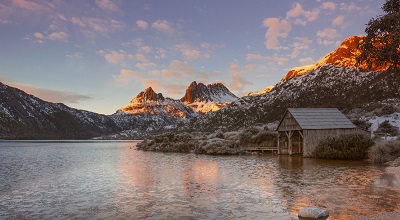 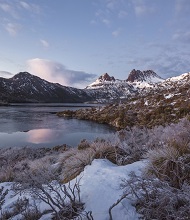 Arguably two of the most well-known natural landmarks in all of Tasmania, Cradle Mountain and Lake St Clair are more than worthy of their reputation. The start and end points of the world-famous Overland Track, these iconic natural wonders are joined by a rigorous 65-kilometre trail through grassy moorlands, ancient rainforests, rugged cliffsides and rocky alpine plains. No time for a demanding, six-day journey? Take the 12-kilometre shortcut to Cradle Mountain’s summit before cruising back to the park’s south end, where you’ll see Lake St Clair’s ancient basin plummet an astonishing 160-metres below the surface. 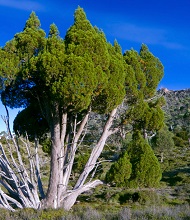 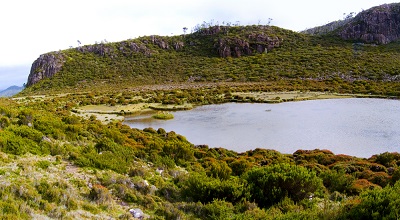 Gleaning its name from a collection of sheer cliffs akin to the walls of Israel’s holy city, this remote national park is a haven for bushwalkers willing to brave the elements – but first-time hikers may want to think twice before taking to its trails. A true representation of Tasmania’s wilderness, the Walls of Jerusalem National Park provides no road access and no on-site facilities, which means visitors to the park need to be fully self-sufficient before they embark on-foot. Prepare accordingly, however, and you’ll be greeted with a secluded landscape that’s been virtually untouched for more than 100 million years. 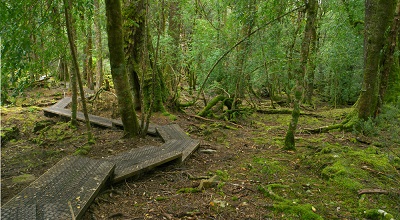 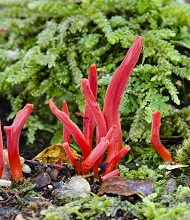 While this far north-western sanctuary isn’t officially listed as a national park, its stunning coastal heathland and network of inland waterways make it more than worthy of a spot on any Tassie nature tour. Meander amongst the trees in Australia’s largest temperate rainforest before paddling the tranquil rivers by kayak or canoe, or, grab a four wheel drive and embark on a tour of the Tarkine Forest Reserve’s famous off-road trails. The perfect end to an epic west coast explorer, this oft forgotten forest has something for everyone.

Ready to leave the comforts of city life in the rear view? Grab a car hire in Hobart and make your way from the bottom to the top, tracking through the rugged wilderness of Tasmania's west coast along the way.